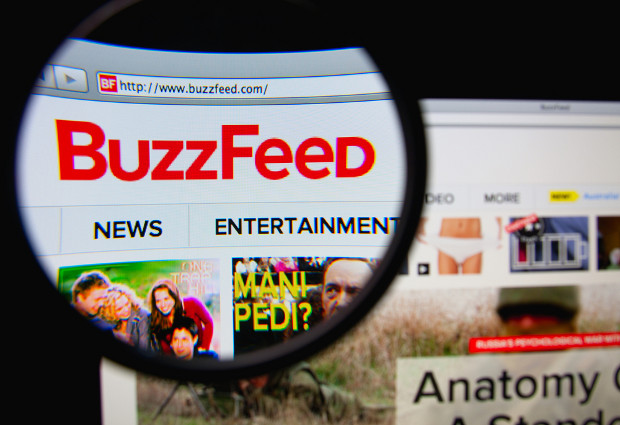 News and entertainment site BuzzFeed has sacked its political editor, Benny Johnson, for copying sentences and phrases from other sites.

The plagiarism came to light last week after users on Twitter pointed out instances where Johnson had lifted text from elsewhere.

After reviewing 500 of Johnson’s posts, BuzzFeed found 41 examples of sentences or phrases that had been copied word-for-word.

The posts included “The 15 most absurd ways the Pentagon is spending money” and “America is pretty helpless in space without the Russians”.

In a note published on July 26, editor-in-chief Ben Smith said BuzzFeed had “no choice” but to let Johnson go.

“We owe you, our readers, an apology. This plagiarism is a breach of our fundamental responsibility to be honest with you—in this case, about who wrote the words on our site.

“Plagiarism, much less copying unchecked facts from Wikipedia or other sources, is an act of disrespect to the reader. We are deeply embarrassed and sorry to have misled you. Benny’s editors—I, Katherine Miller, John Stanton, Shani Hilton, and McKay Coppins—bear real responsibility,” he said.

With a link to Smith’s editor’s note, Johnson tweeted to say: “To the writers who were not properly attributed and anyone who ever read my byline, I am sincerely sorry.”

Smith confirmed that BuzzFeed has corrected the instances of plagiarism and added an editor’s note to each of them.

Formed in 2007, BuzzFeed publishes both serious news and interactive and funny content, usually with many pictures. On the journalistic side, said Smith, it employs “scores of aggressive reporters” in the US and around the world.

The company has encountered IP problems before. Last year, a US photographer sued BuzzFeed for $3.6 million, arguing the site is liable for publishing his photo of a football player as well as the numerous sites that re-published the image. The case is continuing.