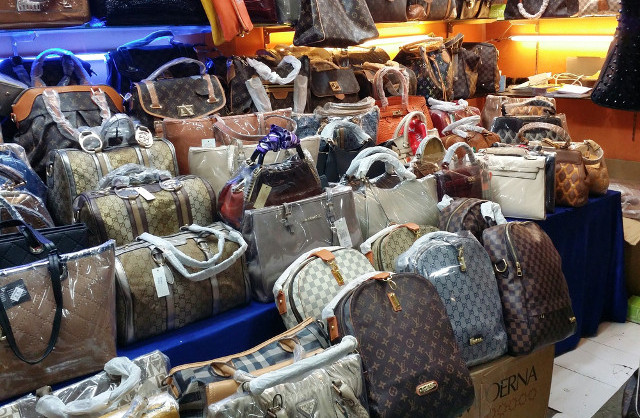 China-based news website Ecns reported that police in Shanghai and the Fujian Province have confiscated more than 60 computers and around RMB 1.75 million ($282,000) in cash.

Police were acting on a report from French luxury brand Louis Vuitton that said last summer it found counterfeit handbags bearing its trademark in international markets, some of which had allegedly come from Shanghai.

Police claimed that a group was set up in 2009 called the Tengchuang Information Technology Company, which operated more than 200 websites to sell the fake products.

It was eventually tracked down and arrested on April 1, police said, according to Ecns.

The group allegedly collected counterfeit luxury handbags, watches and accessories from factories in Guangdong and Fujian, and transported them to Beijing and Shanghai by express courier.

They then delivered the fake luxury goods to foreign customers in more than ten countries, including the US, Canada and UK, police claimed.

He added: "That said, sophisticated brand owners, working with experienced investigators and their legal advisers, have managed to find ways to crack these syndicates using advanced computer software. The exercise usually takes time and determined effort, but the outcome can be rewarding.

"On the government side, it is encouraging to see that there is a general willingness of cooperation from the authorities to help brand owners. The current trademark law has been in place for almost exactly one year.  The law provides stronger power to the authorities in enforcement, and also a six-times increment in statutory damages to brand owners and we have seen authorities are now more prepared to impose higher fines."