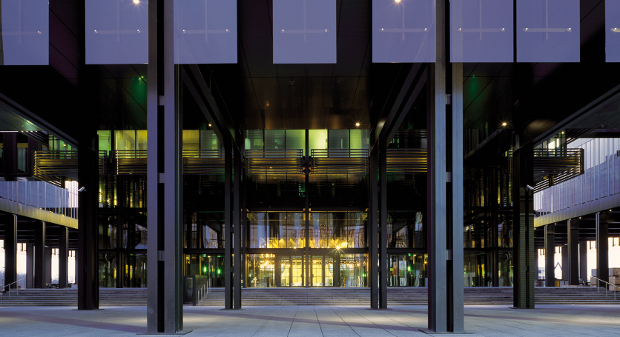 Internet streaming companies must obtain broadcasters’ permission to re-transmit their copyrighted works to the public, the Court of Justice of the EU (CJEU) ruled on Thursday.

The CJEU was ruling on a dispute between a group of British commercial TV broadcasters, including ITV and Channel 4, and TVCatchup (TVC), which reproduces free-to-air TV programmes and films to computers and smartphones.

The claimants sued TVC for breaching the copyright in their films and broadcasts, saying UK law prevents such a communication of works to the public.

In November 2011, the England & Wales High Court referred questions to the CJEU, as it was unsure whether re-transmitting works included in a TV broadcast constituted a “communication to the public”, as the relevant EU directive defines it.

Ruling today, the CJEU first noted that because re-transmitting TV broadcasts over the Internet uses a specific technical means that is different from the original communication’s, the re-transmission must be considered to be a communication.

“That conclusion cannot be undermined by TVC’s objection that the making of the works available over the Internet ... is merely a technical means to ensure or improve reception of the terrestrial television broadcast in its catchment area,” the court wrote.

The court added that TVC’s re-transmissions were aimed at all UK residents who have an Internet connection and a TV licence. “Thus, the re-transmission in question is aimed at an indeterminate number of potential recipients and implies a large number of persons. Consequently, it must be held that ... the protected works are indeed communicated to a ‘public’.”

“It was a pretty straightforward ruling – there were no real surprises,” said Gareth Dickson, associate at Edwards Wildman Palmer LLP in London. “The language of the directive is so broad that most people had thought that streaming would fall within the definition of a ‘communication’ of protected works.”

“If you’re a streaming service that re-uses copyrighted works without permission, this ruling is bad news. But, fundamentally, it doesn’t rule out the development of new technologies to re-transmit works – it just means that the copyright owners cannot be excluded from decisions about re-using their content. That is absolutely fair,” he added.

Rebecca Swindells, partner at Field Fisher Waterhouse LLP, said: “Had the court found in TVC's favour, the ruling would have struck at the very heart of broadcasters' business models and indeed at the principles of copyright law, which enable copyright owners to control the communication and exploitation of their works.”

The most interesting conclusion is that there is no need for communications to be to a "new" public, said Bonita Trimmer, associate at Wragge & Co LLP. “This was a key non-infringement argument for TV Catchup – that people using its services could watch the very same free-to-air-programmes on their licensed TV sets at home in the UK, and therefore, the public it reached was the same public as the claimants’ own communications.”

“This ‘new’ public point was regarded as important in other cases involving satellite TVs in pubs and TVs in hotel rooms. The reason for the CJEU taking a different approach here is that TVC’s communication was transmitted by a different ‘technical means’ (Internet streams) to the original authorised communication (satellite TV broadcast),” she said.

The ruling adds a European perspective to interesting divergence between courts in the US, where two sites – Aero and Aereokiller – operate in a similar way to TVC. Courts in New York have held Aero’s activities to be lawful, while Californian rulings have found Aereokiller’s to be illegal.

“There’s a good chance that the US Supreme Court will have to look at the issue soon,” said Dickson. “This is an industry that international investors will want to keep looking closely at, in order to ensure they are investing in the locations that offer the best opportunities to maximise their return on investment.”

The case will now return to the England & Wales High Court, which should rule in line with the CJEU’s decision.

NOTE: After we published this story, TVC contacted WIPR with a statement that said: "TVC is here to stay, we may have relinquished some ground in a minor part of our battle, but the war has already been decided in our favour. We remain Europe's first and only legal internet cable service and the ECJ opinion affects only a handful of channels we carry."