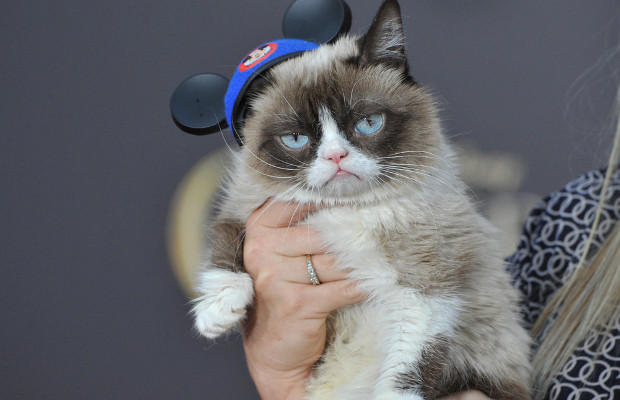 Grumpy Cat Limited, the Ohio-based company that owns the intellectual property rights for the Grumpy Cat brand, has sued a US beverage maker alleging unauthorised use of its copyright and trademarks.

In a lawsuit filed on December 11, the brand owner claimed that a line of coffee called the Grumpy Cat Roasted Line, which is manufactured by Grenade Beverage, falls outside a 2013 licensing agreement between the two parties.

Grumpy Cat became an internet sensation following the posting of an image of the disgruntled looking cat in September 2012. The image became popular with many internet users sharing the picture online and has spawned three books and a Christmas film called “Grumpy Cat’s Worst Christmas Ever”.

Shortly afterwards, Grumpy Cat Limited obtained a copyright registration for the original image and an animated image of the cat. The company also obtained a number of US registered trademarks for products such as beverages and t-shirts.

In 2013, Grenade agreed a licence to use the copyright and trademarks in connection with beverages called Grumpy Cat Grumppuccino.

However, Grenade started plans to manufacture another line of coffee products which Grumpy Cat Limited took exception to. In a number of emails, which were reproduced in the lawsuit, the IP owner insists that Grenade stop its plans to market the products.

Grumpy Cat Limited has complained that the line of coffee products is a violation of its copyright and trademark rights.

Grenade advertised the product on Instagram on December 4 and has promoted its coffee line on Facebook and Twitter. Consumers can also purchase the line of coffee on grumpycat.com.

“Ironically, while the world-famous feline Grumpy Cat and her valuable brand are most often invoked in a tongue-and-cheek fashion, defendants’ despicable misconduct here has actually given Grumpy Cat and her owners something to be grumpy about,” the court document stated.