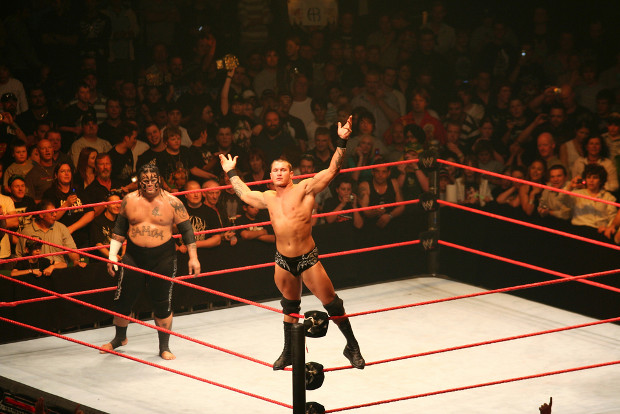 A dispute over the rights to the domain name wwe.org has intensified after a cybersquatter revealed his intent to register more domains with the ‘WWE’ trademark.

Emad Ibrahim registered wwe.org in April 2014, but after the National Arbitration Forum on October 13 transferred the domain to the sports entertainment organisation, World Wrestling Entertainment (WWE), he promised to continue the dispute.

Writing on wwe.org just before it was transferred to the WWE, Ibrahim said: “You said I was threatening and blackmailing you; no I was not. This time I am. And I am not afraid of your stupid multi-billion dollar corporation.

“You will be fighting with your trademark to claim the upcoming thousands of WWE-related domains. You will also be fighting for your business welfare, which will be destroyed by these domains’ websites that will be identical to your wwe.com website,” he added.

He added that the company will face multiple lawsuits, as he will not register domains using the trademark at once in the same location, but on multiple occasions in a variety of locations.

At the centre of the row is the wwe.org domain. The WWE currently holds the rights to the ‘WWE’ trademark in relation to the “production and exhibition of professional wrestling events”, and claimed the domain was too close to its registered trademark.

The WWE contacted the holder of the domain in September and the claimant requested $50,000 for the rights to the domain, which the WWE claimed was above the “fair market value” and therefore “evinces bad faith”.

The WWE has faced many challenges in protecting its trademark. The organisation lost a dispute with the World Wildlife Fund, an environmental protection charity, in 2002, and was forced to change its name to World Wrestling Entertainment.

In 2007, the organisation was embroiled in a cybersquatting dispute over the registration of WWE-related domains eddieguerrero.com, smackdownmagazine.com and wwecanada.com. However, the World Intellectual Property Organization’s Arbitration and Mediation Center ruled in favour of the organisation and transferred the rights to it.

The WWE did not respond immediately to a request for comment.