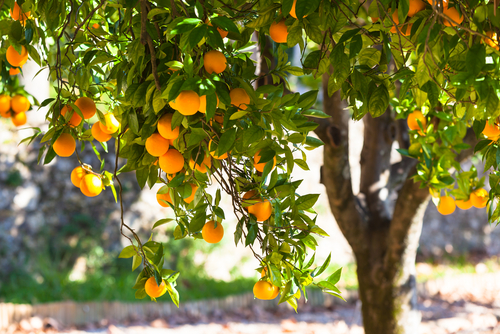 Del Monte Corp has successfully blocked a bid for the .delmonte generic top-level domain (gTLD) in the first legal rights objection (LRO) to be upheld.

The fruit producer had tried to stop spin-off company Del Monte International from running the gTLD by asking the World Intellectual Property Organization to reject it based on existing trademark rights for Del Monte.

In a 2-1 decision published on August 6, WIPO found that there would be an “impermissible likelihood of confusion" between .delmonte and the Del Monte trademark if the gTLD were approved.

Del Monte Corp submitted extensive evidence to highlight the fame of its trademarks, showing it has used them since at least 1891 and now owns rights to the name in 177 jurisdictions.

In its complaint, the company said the gTLD application was in breach of a licensing deal set up in 1989 that allows Del Monte International to use the Del Monte mark to sell fresh and processed foods.

Del Monte International, which said it owned four trademarks for Del Monte in South Africa, claimed the complaint had been filed “solely to play spoiler and to deprive the respondent of the applied-for gTLD”.

The company argued the licensing deal did not require Del Monte’s permission to register the .delmonte gTLD or any other domain names.

WIPO panellists Sebastian Hughes and William Towns made a majority ruling against the application after considering eight factors, including whether Del Monte International’s use of the Del Monte mark was bona fide.

The most important consideration, they said, was whether .delmonte would confuse consumers with Del Monte Corp’s trademark.

They found: “The objector has established at least a prima facie case that the respondent’s intended use of the applied-for gTLD, to the exclusion of the objector and the other licensees, is likely to unsettle the delicate balance struck by the competing interests of the parties under the licensing arrangements and, more importantly, is likely to create an impermissible likelihood of confusion with the objector’s trade mark as to the source, sponsorship, affiliation or endorsement of the applied-for gTLD.”

Other factors tipping the balance against Del Monte International were that it had appeared to register its South African trademarks in breach of the 1989 licensing deal, with the panellists noting the “remarkable” lack of evidence about these registrations.

But in a dissenting opinion, panellist Robert Badgley said that while he agreed with most of the majority decision, he would have ruled in favour of the .delmonte application.

“On the record actually provided and considered, and based on the allocation of the burden of proof, I am prepared to conclude that it is more likely than not that respondent owns the DEL MONTE mark in South Africa and its use of the mark has been bona fide.

Flip Petillion, partner at Crowell & Moring LLP, said the panellists should have asked for additional submissions from the parties to fill in some of the “gaps” in the case.

“There is something to say about the licensing agreement between the parties but also about the objector not taking any action when the South African trademarks were assigned – why did they not take action then?

“This is a weak result – there is doubt about whether or not the majority reasoning is sufficient reasoning.”

He added: “There is no clear winner here. I have more than a feeling that this is not the end of the story.

Petillion said there were possibly still legal paths available for Del Monte International to try to overturn the decision, but as it stands ICANN will not be able to delegate the domain.

The upheld decision follows 29 competed LROs, all of which have been rejected.