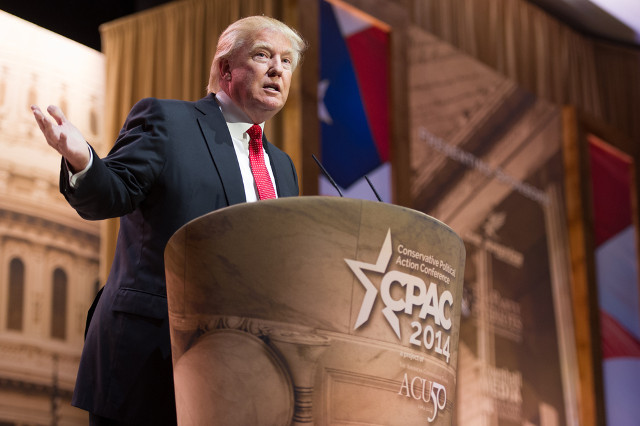 US presidential hopeful Donald Trump has asked for a website called stoptrump.us to be taken down on the grounds that it infringes his trademarks.

In a cease-and-desist letter issued to the website’s owner on September 22, Trump has claimed that the domain was registered in “bad faith” and is a “deliberate attempt to sell t-shirts online using the ‘Trump’ and ‘Donald Trump’ brands without any authorisation”.

Trump owns registered US trademarks for both ‘Trump’ and ‘Donald Trump’.

According to Whois records, the domain was registered on August 15, 2015.

The website said its mission is “to counteract the divisive comments of Mr. Donald Trump’s presidential bid for 2016”.

A national poll conducted by the news service CNN placed Trump as first in the race to be the Republican candidate for the presidential election due to take place next year.

Trump is also known for his hotel business and as a star of the reality television show “The Apprentice”.

The letter has been sent by Alan Garten, general counsel of the Trump Organization.

He wrote: “Mr Trump considers this to be a very serious matter and has authorised our legal team to take all necessary and appropriate actions to bring an immediate halt to your blatant and unauthorised use of his trademark.”

He added that the registration of the domain name “constitutes cyber-piracy in violation of the US Anti-Cybersquatting Consumer Protection Act”.

Garten has asked the website to provide written assurances that it will transfer ownership of the domain and cease the unauthorised use any of the Trump trademarks by September 30.