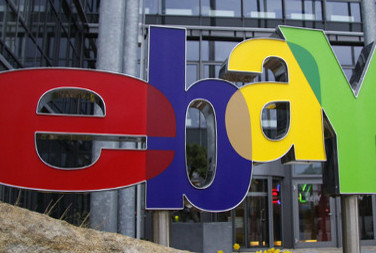 A mobile phone accessory company has filed a trademark infringement and racketeering lawsuit against eBay and PayPal claiming that the companies “knowingly profited” from the sale of counterfeit goods.

The complaint was filed by California-based Wimo Labs, which makes and distributes phone cases under the name Lunatik, against eBay and PayPal as well as several sellers that use eBay.

According to the lawsuit, filed on Thursday, August 20 at the US District Court for the Central District of California, there are multiple trademark registrations for the term ‘Lunatik’, four of which have been asserted in the complaint.

The complaint added that Lunatik’s “continuous and broad use of its respective marks on its products and packaging” has enabled the brand to be “one of the best” known in the industry—particularly with respect to “high-end, ultra-protective” phone cases.

But according to Lunatik, since at least February 2013 it has actively monitored listings on eBay and discovered one or more  that infringes its marks “almost daily”.

Lunatik said it has repeatedly notified eBay that unauthorised sellers on the platform are repeat infringers but that the company has taken no effective steps.

The complaint goes on to directly name sellers allegedly using eBay to sell infringing phone cases including ‘Kang’ and ‘Chen’.

It adds that, as well as the 11 users directly mentioned in the lawsuit, there are as many as 2,000 sellers are using the platform to sell counterfeits.

PayPal, which was previously owned by eBay but became a separate company last month, has been named in the lawsuit because buyers and sellers on eBay use PayPal for transactions.

In the complaint, Lunatik claimed that the defendants have violated the Racketeer Influenced and Corrupt Organizations (RICO) Act and are liable for trademark infringement and dilution.

The RICO Act is a US law that provides for extended criminal penalties and civil action to punish acts performed by organised criminals.

Rather than take “effective remedial action,” the lawsuit added, eBay “protects and conceals the identity of its unauthorised sellers”.

A spokesperson for eBay said it was reviewing the complaint.

“Counterfeits are not welcome on eBay and we have a number of sophisticated tools, policies and other measures in place to keep them off our site. Courts have repeatedly recognised that eBay's efforts are comprehensive and comply with the law.

“The injection of inflammatory—and baseless—RICO conspiracy allegations into what is a trademark law dispute is especially inappropriate. We will vigorously defend our practices in court,” the spokesperson added.