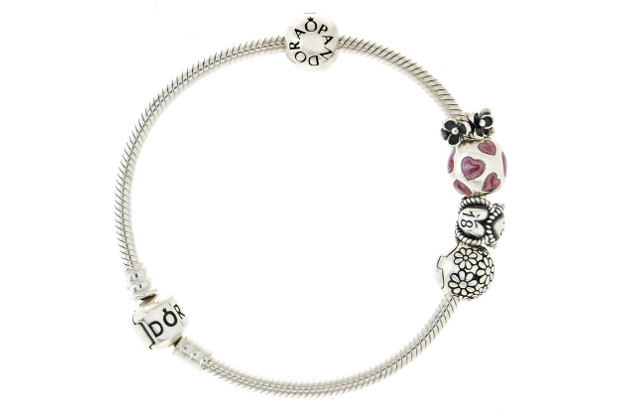 Three people in the UK have been fined more than £3,200 ($5,480) for selling counterfeit Pandora beads on eBay.

The three were sentenced in the town of Weymouth, Dorset, following an investigation by trading standards officers in the county.

In 2012 officers made test purchases of beads described as ‘Pandora’, a women’s jewellery maker based in Denmark. The products were each advertised at £11 ($19), about a third lower than the selling price of legitimate beads.

Searches on three properties in Dorchester later found nearly 150 beads, which were then sent to Pandora before they were verified as counterfeit.

All of the beads were sourced from internet sites based in China.

Neil Martin, principal trading standards officer for Dorset County Council, said: “People should always be cautious when buying items online. Generally if the price is too good to be true there is a reason for this. Not only do you run the risk of buying counterfeit goods but on occasions these can potentially be dangerous.”

Dorset County Council’s cabinet member for community services, Colin Jamieson, added: “These beads were not the real thing, and could have presented a health risk to some people. We have a duty to protect the public, and will always take action in these situations.”

“Therefore, we safeguard our IP by all available means, including comprehensive global surveillance, registration and control programmes, so that you can remain confident that your Pandora product is authentic and lives up to our high quality standards,” said a statement on its site.

“We take serious action on a local level, as well as internationally, to stop counterfeiting of our products, and we strongly believe that our efforts will decrease the amount of infringers attempting to mislead you into believing that you are buying authentic Pandora jewellery,” it added.

In addition, almost all of the company’s jewellery is stamped with the mark “ALE”—which stands for “Algot Enevoldsen”, the father of Pandora founder Per Enevoldsen—to help consumers verify the authenticity of products.

The defendants, all of whom pleaded guilty to selling counterfeit goods, are Roger John Loriot, Deborah Reed and Gail Critchell.