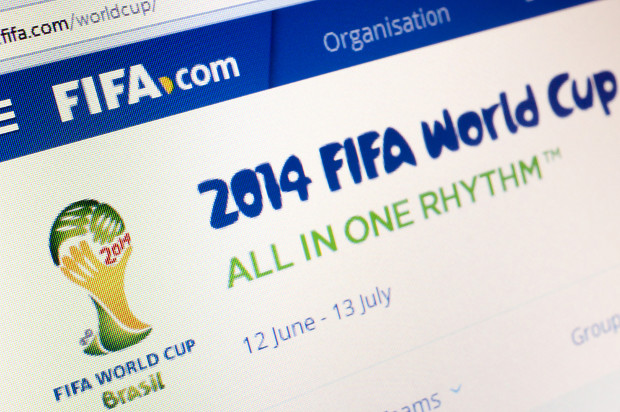 World Cup organiser FIFA has targeted six Twitter users over their use of the official emblem for this summer’s tournament in Brazil.

FIFA has sent Digital Millennium Copyright Act (DMCA) notices to all the users accusing them of infringing its copyright.

In each case FIFA took issue over pictures of the official emblem; only @nfoWorldcup_ID no longer exists.

The logo shows a golden hand gripping the trophy with ‘2014’ written in red.

The takedown notices were posted on the Chilling Effects website, which aims to protect lawful online activity from legal threats.

According to Chilling Effects, the notices were sent on behalf of FIFA by NetResult, a London-based Thomson Reuters-owned company that says it provides "intelligent protection for intellectual property".

NetResult said it could not comment on the issue.

TBO was at the INTA annual meeting in Hong Kong where FIFA’s legal counsel Daniel Zohny spoke about the organisation’s policy on enforcing IP.

Zohny told delegates that FIFA was taking a “cautious approach” when looking for cases of infringement but that in a World Cup year there were “tons” of infringement cases.

“There are so many people around the world who love football, so you have to be mindful of enforcement and try to not be a bully,” said Zohny.

“A lot of people just do not know that they are not supposed to be doing what they are doing [using a registered trademark or brand].”

The takedown requests are reminiscent of a case that WIPR reported on earlier this year involving Premier League football team Manchester United and a fan-owned Twitter account.

The club sent a DMCA request via the social-networking website ordering the account, which had just 100 followers, to shut down due to its using the club crest as its profile image.

FIFA did not respond to a request for comment on the takedown requests.