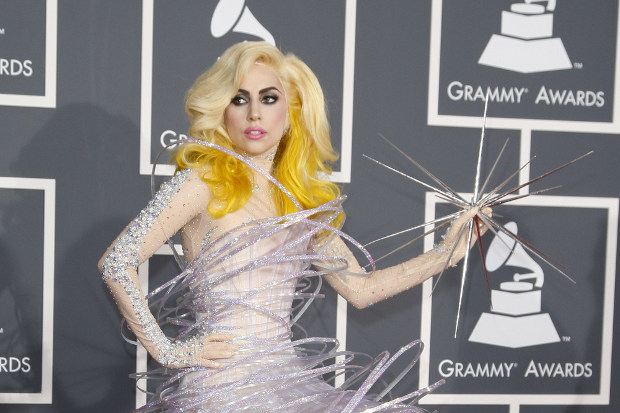 The maker of Gagajeans has changed the product’s name after receiving a complaint from entertainer Lady Gaga.

Philip Scott, who designed the blue jeans with a horizontal zip open crotch, registered the Gagajeans trademark last month. He also holds a patent for the design.

He tried to promote the jeans by posting links to the now defunct website gagajeans.co below Lady Gaga’s music videos on YouTube.

The jeans have been renamed “Easy Access Pheiress Jeans”. None have been sold to date.

A letter to Scott from Gaga’s attorneys at Pryor Cashman LLP in New York said: “Your use and registration of the Gagajeans mark is likely to cause confusion, mistake and deception of customers that Lady Gaga is affiliated with or has sponsored, endorsed or is otherwise associated with your jeans, and is also likely to dilute the distinctiveness of our client’s famous trademark.”

It added that Scott had wilfully misappropriated the name.

A statement on the new Pheiress website said: “I have heard your comments and in an effort to make everyone happy I am dropping the name ‘Gagajeans’.”

It continued: “[Lady Gaga] has accused me of selling jeans with her trademark and the plain fact is that I have never to this day sold a pair of jeans. So maybe now the BULLYING [sic] will stop.”

Sarah Burstein, a professor of law at the University of Oklahoma, said: “Assuming that [Lady Gaga] has some sort of protectable right in the term ‘Gaga’ standing alone, it strikes me almost more likely to be a right of publicity issue than a straight up trademark issue.”

She added that tarnishment may be an issue, given the nature of the product.

The jeans maker’s conduct would not have looked good in front of a jury, regardless of what the legal effect should be, she said.

Burstein added: “It’s not obvious to me that her registration would bar his.

“We’re asking whether or not there’s going to be likelihood of confusion which is the ultimate test. The courts have lots of tests but they depend on a lot of factors. You’ll look at similarity of the mark, how the goods are sold – there’s a whole list of them depending on your circuit and so you have to look at a lot of these facts.”

She said that the high price of the jeans, which the website said is estimated at $10,000 a pair, may be a relevant factor as people may be more likely to believe they are endorsed by celebrities.