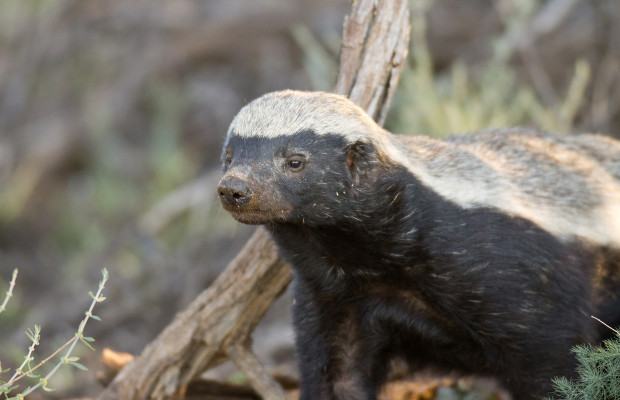 The creator of a viral YouTube video which spawned the “Honey Badger Don’t Care” internet fad has sued a card company for trademark infringement.

Christopher Gordon, who operates under the YouTube user name Randall, created the three-minute video in 2011.

The video, called “The Crazy Nastyass Honey Badger (original narration by Randall)”, contains clips of a honey badger running around in the desert and attacking other animals and is accompanied by a humorous narration from Gordon.

It has been viewed 76 million times.

In 2012, Gordon registered four trademarks for the term “Honey Badger Don’t Care”—a popular catchphrase from the video—with the US Patent and Trademark Office.

Gordon has used the trademark in connection with merchandise including t-shirts and greeting cards and the phrase has been used in various internet memes—a word for a catchphrase or image that is widely shared online.

In a lawsuit filed at the US District Court for the Central District of California last month, Gordon accused card company Drape Creative of infringing his registered trademarks by using the phrase “Honey Badger Don’t Give a Shit” on greeting cards it sells.

Gordon complains that Drape Creative intended to “capitalise on plaintiff’s mark, trample upon his intellectual property rights, and cause customer confusion in the process”.

He added that he already has evidence of confusion among customers.

“Defendant’s intentional and deceitful acts of unfair competition and use of the marks have caused confusion, and are likely to do so in the future, and have caused mistake and deception as to the affiliation or association of the defendants with plaintiff,” he added.