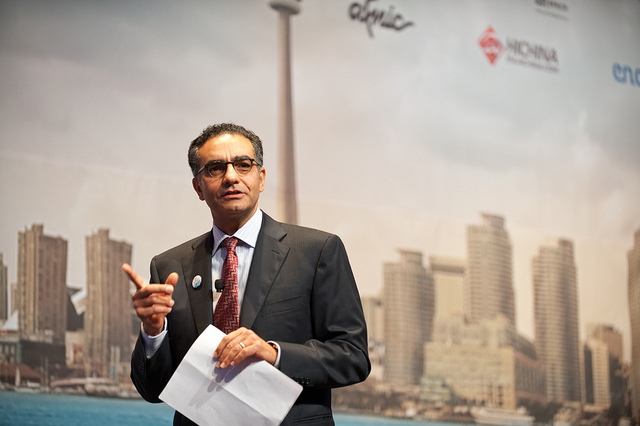 Domain name overseer ICANN has extended the contract of its president, Fadi Chehadé, by two years, meaning he will stay until at least June 30, 2017.

The former general manager at IBM joined ICANN in 2012, and since then the organisation has begun implementing the new generic top-level domain (gTLD) programme.

His contract was set to expire next year.

ICANN board chair Steve Crocker said the move will help to ensure “stability in leadership”.

But the decision to extend Chehadé’s contract, rather than issue him a new one, may signal his intention to leave in 2017, said Stéphane van Gelder, a former council chair of ICANN’s decision making body for gTLDs—the generic names supporting organization.

“Steve Crocker loves Fadi and wants him to stay as long as possible, but he also thinks he won’t because the job is too stressful. Why not renew a second contract? I think Fadi may not want to renew it,” he said.

A big question for trademark owners, van Gelder said, is whether Chehadé’s possible departure in three years is good news for ICANN.

“One question I’m hearing from trademark owners is that because ICANN has grown, in terms of workforce and budget, has it put itself in a position where if the gTLD programme doesn’t work, it’s going to go bankrupt?’ That’s because the revenue ICANN gets is from domain registrations,” he said.

In the same meeting where Chehadé’s contract was extended, the board also agreed to increase each member’s annual salary from $35,000 to $45,000, while chair Crocker will continue to receive $75,000. Board members do not have to accept their salary, however, and last year four chose not to.