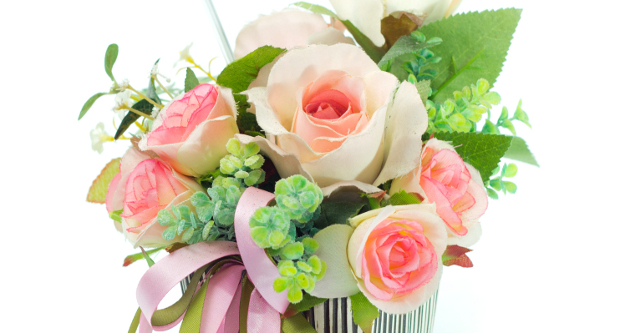 The England & Wales High Court ruled on Monday that M&S infringed Interflora’s trademarks in its use of advertising keywords for ‘Interflora’ that produced search results for M&S’s flower delivery services.

Mr Justice Arnold said M&S’s adverts did not allow the “reasonably well-informed and reasonably attentive internet users” to discern who owned the adverts.

That conclusion was based on consumer perceptions in May 2008, when M&S first bought Google AdWords matching Interflora’s trademarks. By securing the keywords, M&S is said to have vastly increased its flower sales, while the bidding cost of the Interflora keywords also jumped.

Interflora sued M&S at the High Court, which referred the case to Court of Justice of the EU (CJEU) in 2009 before ruling on it. The CJEU provided guidance two years later and, after case management hearings and subsequent appeals, Justice Arnold heard the case for the second time in April this year.

In a 326-paragraph ruling, Arnold noted early on that even though the average Internet user today is better at distinguishing paid-for and natural Google results than in 2008, a significant proportion cannot do so “even now”.

Interflora tried to provide evidence (later rejected) showing consumer reactions to keyword advertising, but M&S failed to match these attempts, despite being “well-placed” to do so, Arnold said.

He cited three main factors from the CJEU reference that helped him decide the case.

The first covered whether the “reasonably well-informed and reasonably observant” Internet user is aware that M&S's flower delivery service competes with the Interflora network’s.

Arnold next considered whether M&S’s adverts clarify that the retailer’s services were separate from the Interflora network. Rejecting the argument, he said there is “nothing” in any of the adverts to inform the reader that its services are different from Interflora’s.

He added: “The third factor is the nature of the Interflora network ... the nature of the Interflora network may make it particularly difficult for the reasonably well-informed and reasonably observant internet user to determine, in the absence of any indication in the advertisement, whether M&S's service was part of the network or not. I agree with this.”

After weighing up more evidence, Arnold concluded that M&S’ adverts failed to clarify who was providing the services flagged by “Interflora” search results and that a “significant proportion” of consumers searching for the term wrongly believed that M&S was part of the Interflora network.

Rhys Hughes, president of Interflora’s British Unit, said the ruling “helps to ensure that when consumers search on the Internet for ‘Interflora’, they can be confident in knowing that the flowers bought online come from a member of the Interflora network”.

An M&S spokesman said: “We are disappointed by the judgement and are considering all the options available to us.”

The implications of the ruling may not necessarily be wide-ranging, said Roland Mallinson, partner at Taylor Wessing LLP, as the facts of the case are quite specific.

“That fact is that Interflora’s membership includes a large number of companies with different trading names and it wasn't implausible, having Google searched for Interflora, to think that M&S was just another member.”

In a statement on its website, law firm SJ Berwin said the decision does not mean brand owners can prevent all third parties from using their trademarks as advertising keywords, as the decision “attributes particular importance to the nature of Interflora’s business” and consumers’ understanding of keywords in 2008.

Ian Wood, partner at Charles Russell LLP, said that unlike other search engines, such as Microsoft's Bing and Yahoo, Google does not allow trademark owners to block their trademarks as keywords.

“In the absence of such a complaints procedure, trademark owners may well wish to notify Google of offending ads, and consider including Google in any formal legal proceedings if they continue to allow trademarks to be used as keywords in such circumstances.”

He added: “All in all, this is a helpful judgment for those wishing to protect their trademarks.”