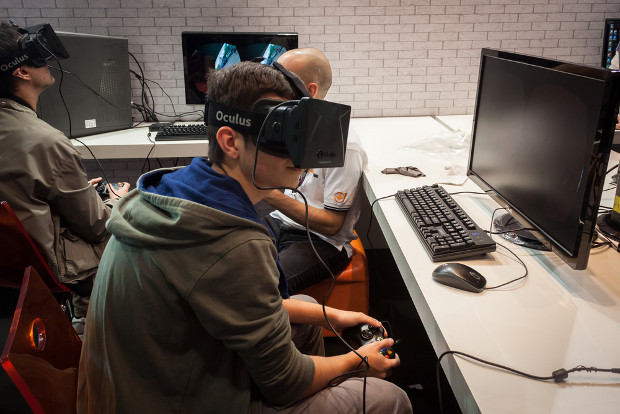 Facebook’s $2 billion acquisition of a company that makes virtual reality technology is potentially at risk after claims of IP infringement.

The social network agreed to acquire Oculus in March, with the deal expected to close imminently.

Led by the Oculus Rift headset, the company’s products allow people to enter an immersive computer-generated environment such as a computer game or a movie scene.

But ZeniMax Media, a video game publisher based in Washington, DC, has claimed that it owns the IP rights baked into the Rift headset.

The company also alleges that the disputed technology was improperly taken from ZeniMax to Oculus by an employee named John Carmack, who joined Oculus last August.

According to The Wall Street Journal (WSJ), which published the allegations, in recent weeks lawyers representing ZeniMax have sent two letters each to Facebook and Oculus about the claims.

The WSJ reports that ZeniMax believes the technology “propelled Oculus from a shoestring start-up to technology's big leagues in less than two years”.

WIPR contacted ZeniMax to ask for more information about the technology and to clarify which aspect of intellectual property it is protected by, but has not yet received a response.

In a statement provided to the WSJ, an Oculus spokesman rejected ZeniMax’s allegations.

“It's unfortunate, but when there's this type of transaction, people come out of the woodwork with ridiculous and absurd claims. We intend to vigorously defend Oculus and its investors to the fullest extent.”

After announcing the deal on Facebook earlier this year, the company’s chief executive Mark Zuckerberg said Oculus’s technology “opens up the possibility of completely new kinds of experiences”.

Outlining his plans for the new acquisition, which will operate independently within Facebook, Zuckerberg said gaming is “just the start”.

“After games, we're going to make Oculus a platform for many other experiences. Imagine enjoying a court side seat at a game, studying in a classroom of students and teachers all over the world or consulting with a doctor face-to-face, just by putting on goggles in your home.”