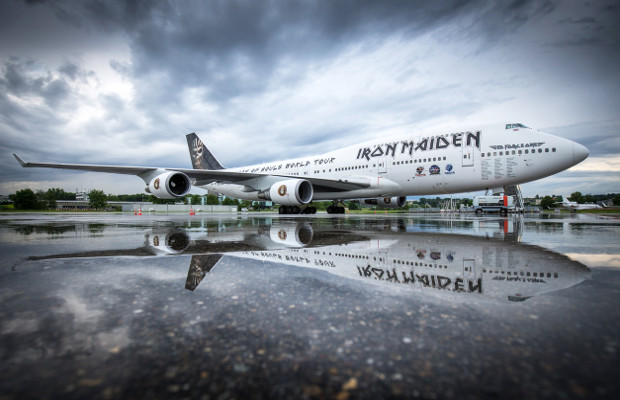 Heavy metal band Iron Maiden have targeted a number of online counterfeiters in a complaint filed at the US District Court for the Northern District of Illinois, Eastern Division, earlier this week.

Iron Maiden sell band merchandise through their online shop, including exclusive and limited edition items. The band’s branded products “are and have been the subject of continuous marketing and promotion” and are used to promote Iron Maiden’s distinctive trademarks, the suit said.

However, according to the suit, which was filed on Monday, November 18, the unidentified defendants have created numerous internet stores designed to look like they sell genuine band merchandise, while instead selling “inferior imitations” of the goods.

“Defendant internet stores often include images and design elements that make it very difficult for consumers to distinguish such counterfeit sites from an authorised website,” the complaint said.

It added that the sellers “perpetuate the illusion of legitimacy” by offering live 24/7 customer service and security signs, such as VeriSign and PayPal logos, that consumers identify with legitimate retailers.

Iron Maiden claimed that the defendants are believed to reside in China or other foreign jurisdictions, although they target US consumers through e-commerce platforms.

The accused sellers have used Iron Maiden’s trademarks without authorisation within the content, text, and/or meta tags of the platforms to ensure that the sites show up on search engines, according to the claim.

According to Iron Maiden, the defendants use “illegitimate search engine optimisation tactics to propel new domain names to the top of search results after others are shut down”, allowing them to continue selling counterfeits even after the band has attempted to disable their domain names.

The counterfeiting has irreparably damaged the band by confusing consumers, along with diluting and tarnishing the band’s registered trademarks, Iron Maiden said.

Iron Maiden have asked for injunctive and monetary relief, including triple damages for the infringement, or statutory damages of $2 million for each instance of trademark infringement.

They have also requested that the court order websites hosting the defendant domain names to transfer them to Iron Maiden, or that the hosts render the domains inactive and untransferable.

Iron Maiden are an English metal band formed in East London in 1975 by bassist and primary songwriter Steve Harris.