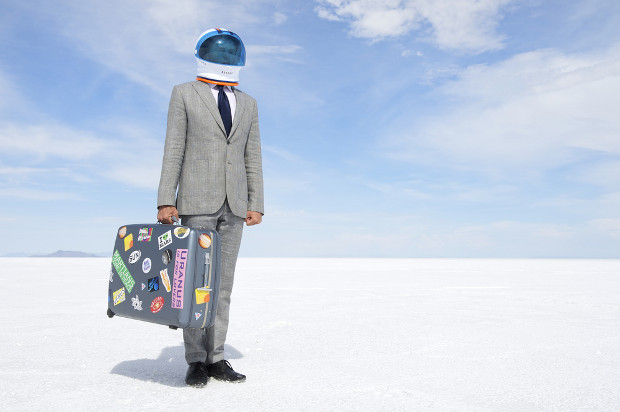 Car manufacturer Land Rover has revealed the new Discovery Sport model in an online video in tandem with a digital competition offering four winners a trip into space.

The company has joined Virgin Galactic to ask aspiring astronauts to produce a 30-second video or still image that demonstrates their “spirit of adventure”.

To publicise the competition, the companies have produced a film featuring Sir Richard Branson, Bear Grylls and Sir Ranulph Fiennes.

The competition marks the launch of the Discovery Sport, which was revealed at Spaceport America in New Mexico, the future base of Virgin Galactic’s space flights.

It is the first time Land Rover has launched a car exclusively online, and along with the feature film forms part of the company’s biggest-ever digitally-led marketing campaign.

Over the next four months, the company said, “the brand will harness the power of social media, PR and digital marketing across 40 countries to launch the new Discovery Sport and seek out the world’s most adventurous spirits”.

The competition winners will be picked in December.

Land Rover and Virgin Galactic, part of the Virgin Group, announced a global partnership in April this year. When the space flights begin, astronauts will drive Land Rover vehicles from the spaceport in New Mexico to the spaceship.

Land Rover is part of the Jaguar Land Rover brand, which itself is owned by Indian company Tata Motors.