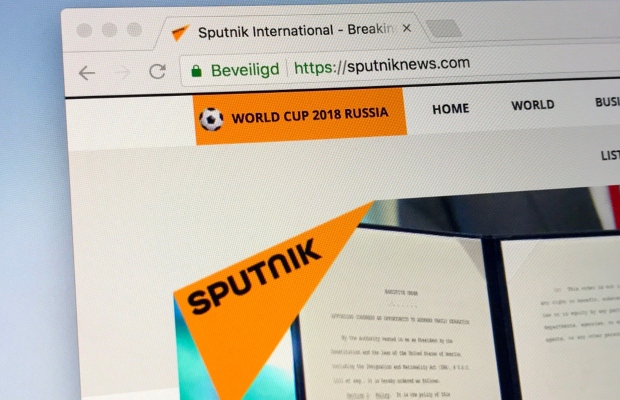 The Lithuanian arm of Russian news agency Sputnik is to be blocked in the country, the Lithuanian Radio and Television Commission has said.

In a statement on Friday July 2, the commission said it has issued “mandatory instructions to internet service providers” in order to protect copyright online.

The statement comes after the Vilnius Regional Administrative Court approved the decision, noting that Sputnik had been displaying unauthorised copyright-protected content on its website.

On July 3, the Lithuanian State Radio and Television (LRT) contacted the commission with a complaint that Sputnik was “unlawfully and illegally” copying its content and displaying it on its own website.

LRT said it had contacted Sputnik with a request to remove the content, but Sputnik had continued to repost its articles and “indirectly encourage users” to view copyright-protected content.

The commission said that at the time of examination, Sputnik’s website had 1,464 articles on its website which infringe LRT’s copyright.

Lithuania’s State Security Department and Ministry of National Defence released a report in March 2018 stating that Russia was a threat to the country’s national security.

Additionally, the report said that the majority of the hostile cyber activities it identified were linked to Russia.

The report named Sputnik as Russia’s means of extending its influence within Lithuania, promoting anti-western sentiments and shaping public opinion in favour of the Kremlin.

Rossiya Segodnya challenged the termination, but the Vilnius court dismissed the complaint.

The court said that Rossiya Segodnya had "violated the interests of the state of Lithuania," while Sputnik spread "propagandist distorted information”.