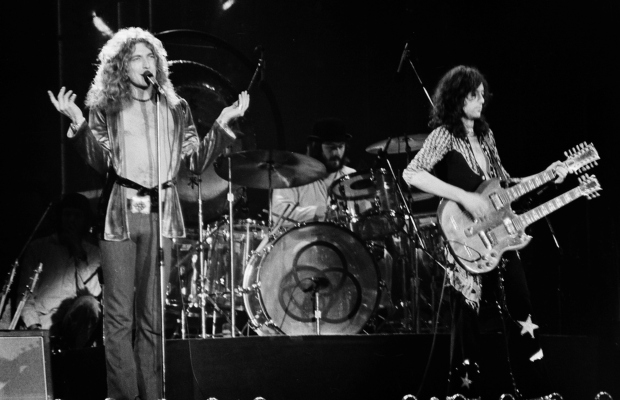 A group of more than 100 songwriters, composers and musicians have filed an amicus brief in support of Led Zeppelin in a copyright infringement case involving the 1971 hit “Stairway to Heaven”.

The brief was filed at the US Court of Appeals for the Ninth Circuit on July 30 after the court decided in June that it would review the case.

In 2016, the US District Court for the Central District of California ruled in favour of Led Zeppelin, but on appeal the Ninth Circuit decided last September that errors on the part of the trial judge required a re-trial.

According to a court order issued on June 10, the Ninth Circuit will now review the case.

In their filing, the musicians said that to prove infringement of a selection and arrangement, the copying has to be virtually identical, adding that Wolfe “made no showing of any identical copying of a pattern of music in this case.

The group said that during the trial, no evidence was presented by Wolfe’s estate or its expert that demonstrated that any “selection and arrangement” in “Taurus” was arranged in an original way.

“Rather, the purported selection and arrangement that was presented was simple a combination of random, unprotected elements,” the filing said.

They said that by ruling that the arrangement and selection presented by Wolfe’s estate rose to the level of an original work, the panel “drastically expanded the basis for finding copyright infringement in music cases”.

“The end result of this ruling, if adopted by this en banc court, would be that trivial and commonplace similarities between two songs could be considered to constitute the basis for a finding of infringement,” the group said.

Additionally, they said the ruling was in direct contravention to established copyright law, which provides that the “basic building blocks of musical composition” are not protectable.

“At the very minimum, this ruling, if adopted, would be certain to cause substantial confusion among songwriters, who only have twelve notes with which to work in the first place; songwriters need at least some certainty as to what basic elements of music are free for all to use,” they said.

The en banc rehearing of the case will take place during the week of September 23, 2019, the court ruled.

Led Zeppelin, musicians, songwriters, US Court of Appeals for the Ninth Circuit, Randy Wolfe, US District Court for the Central District of California