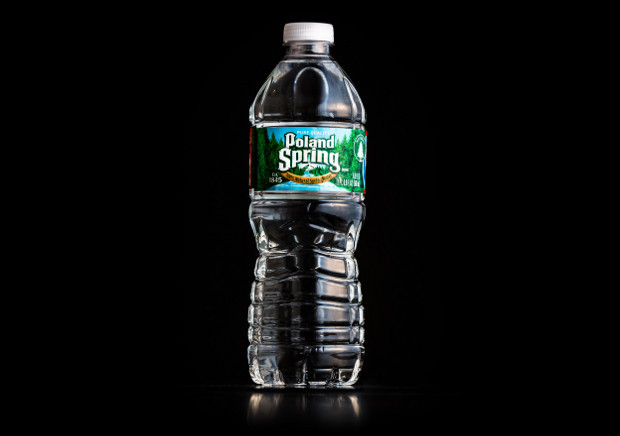 Nestlé has requested that a New York artist gives up a domain name that the company claims is being used to profit from its Poland Spring bottled water brand.

Anthony Antonellis was issued a cease-and-desist letter on January 8 by Nestlé concerning his domain name polandspringbornbetter.com. It ordered him not to renew the registration of the website address when it expires on February 14, 2015.

In the letter, which Antonellis has published on his Twitter account, Nestlé claims that the artist’s domain name “improperly uses” its trademarks and is likely to lead consumers to believe that the site is “somehow affiliated with or endorsed” by the Switzerland-based company.

The domain name was previously owned by Nestlé to sell its bottled water product Poland Spring, which used the advertising tagline ‘Born Better’. Nestlé has registered both ‘Poland Spring’ and ‘Born Better’ as trademarks at the US Patent and Trademark Office.

According to Whois records, Nestlé originally registered the domain name in May 2009 but did not renew the registration when it expired in May 2011.

Antonellis then registered the domain name in February 2013 to sell bottled water products with a bracelet inside, for $300. They are sold under the name Poland Spring Power Balance.

On the home page of Antonellis’ website he has stated that the operation to sell the Poland Spring Power Balance products is in “no way affiliated with, authorised, sponsored or endorsed by Nestlé or any of its affiliates”.

But Nestlé cites the link on the site to payment service Paypal as evidence that the artist “is clearly using our trademarks for commercial gain, with the inclusion of a ‘buy now’ button”, according to the letter.

The letter concludes with Nestlé requesting a response from the artist by January 18. There is no clear indication about whether the company will take further action.

A spokesperson for Nestlé told TBO that it "has a duty to protect its valuable trademarks against websites that could raise a likelihood of confusion".

Antonellis did not respond immediately to a request for comment.

2015 starts off with my first cease and desist letter — is any post-internet art safe in this new world? pic.twitter.com/gm0duZ7KRg