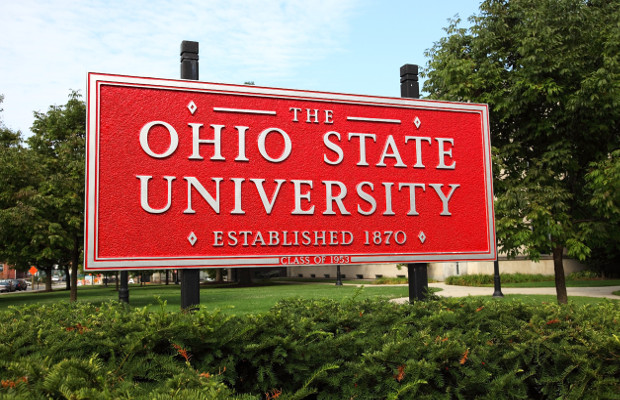 Ohio State University has sued one of its former student basketball players for trademark infringement.

The complaint was filed at the US District Court for the Southern District of Ohio, Eastern Division on Wednesday, June 14.

It claims that Lamp Apparel, a t-shirt company co-owned by former player Brandon Fuss-Cheatham, was set up with “deliberate intention to trade upon the consumer goodwill created and enjoyed by Ohio State.”

Cheatham played for Ohio State basketball team between 2001-2005, making a total of 84 appearances.

The complaint relates to t-shirts bearing the Ohio State University logo and name, some of which Ohio State says contain swear words.

“Ohio State is suffering and will continue to suffer irreparable harm should defendant’s unauthorised offering to manufacture, manufacturing, selling and shipping of the infringing merchandise continue,” it added.

Ohio State University owns several trademarks relating to its name and various logos, including US registration numbers 2,094,602, which is ‘Ohio State’ written across the letter O for use with t-shirts and jumpers.

It also owns US registration number 4104956, which is an image of four people spelling out ‘Ohio’ with hand signals.

Ohio State University is seeking injunctive relief, a transfer of profits made from infringing goods, that all merchandise be surrendered, treble damages and $1,000,000 per counterfeit mark per type of product sold.