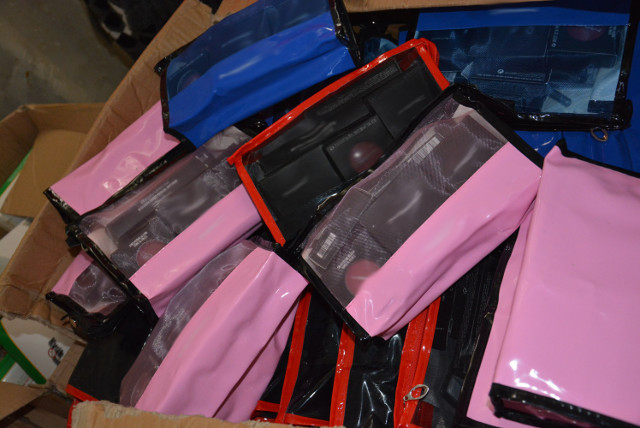 Photo: Courtesy of City of London Police (In the last 18 months PIPCU has seized counterfeit goods with an estimated street value of more than £3.5 million.)

The Police Intellectual Property Crime Unit (PIPCU) has launched a campaign intended to raise awareness about the issue of fake beauty products being sold online.

Starting today (May 18), the ‘Wake up – don’t fake up’ campaign is targeted at consumers who may unknowingly buy counterfeit perform, electric hair straighteners and sun cream online.

PIPCU, a specialised unit based at the City of London Police, cites online shopping as a major example of where consumers are vulnerable to buying fake beauty products.

In the last 18 months, PIPCU has shut down more than 5,000 websites selling fake goods and has seized counterfeit goods with an estimated street value of more than £3.5 million ($5.5 million).

Furthermore, PIPCU has reported that, during 2013, customs authorities across the EU seized more than a million fake beauty products estimated to be worth more than €55 million ($62 million).

The unit has warned that consumers can spot fake products that are being sold online by checking spelling and grammar on websites, checking the address of the trader and by making sure the website’s address begins with ‘http’.

Consumers can find more information on the campaign on Twitter. The official hashtag is #WakeUpDontFakeUp.

Maria Woodall, detective superintendent at PIPCU, said: “Many people don’t know about the real dangers counterfeit beauty products to pose to their health and safety and so that is why this week we are urging the public to Wake up – don’t fake up.”

Baroness Neville-Rolfe, the UK’s minister for intellectual property, added: “Counterfeit goods pose a real threat to public safety, steal ideas from businesses and rip-off consumers. That is why the government is committed to cracking down on fakes and I am delighted with the energy PIPCU is bringing to this issue.”