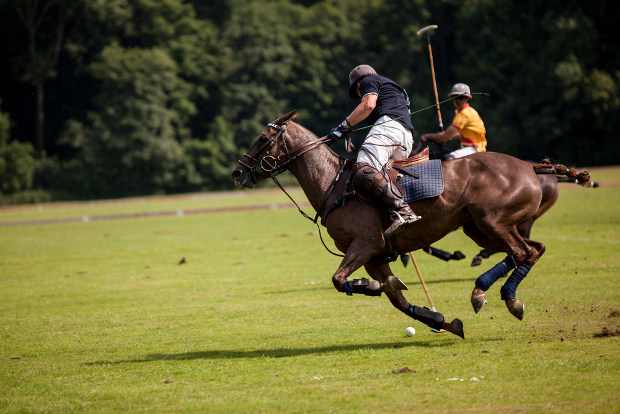 The USPA is America’s national chief governing body of the sport, but opposed the gTLD on behalf of the “global polo sports community”.

It argued that there was “substantial” opposition to the .polo gTLD from within the community and that Internet users would be confused by the new domain.

Ralph Lauren, which uses the Polo trademark in 76 countries, disputed the opposition claims, saying only seven of the 75 member organisations of the sport’s global governing body, the Federation of International Polo (FIP), supported the objection.

But in a ruling at the International Chamber of Commerce on October 10, Dr Burkhard Hess, director of the Max Planck Institute Luxembourg, ruled in favour of the USPA’s objection.

Hess first said that the polo sporting community is “clearly delineated”, as ICANN’s Applicant Guidebook requires, particularly because of the presence of a global governing body.

He agreed with Ralph Lauren that opposition from only seven FIP member organisations was a “relatively small” amount, but that this was outweighed by the FIP’s letter of support, which expresses “clear opposition”.

Backing the view that the polo community relies on one word to identify itself, Hess noted that Internet users looking for polo would use only “polo” as their search entry.

He concluded: “The panel determines that it was conclusively proven that ... the monopolisation of the ‘.polo’ gTLD would impair the community’s ability to promote the sport of polo by creating confusion among users. Accordingly, the ‘.polo’ string cannot be monopolised especially in view of the dependence on ‘polo’ of the polo sports community for its activities.”

Jonathan Robinson, a domain name industry specialist with Ipracon, said it appeared to be “the end of the road” for the .polo gTLD.

While Ralph Lauren could ask ICANN to reconsider the ruling, he said, the company would have to meet some very specific conditions showing that policies hadn’t been followed correctly.

“This looks like it has been done by the book,” he said of the ruling.

While at face value, the decision is a little surprising, Robinson said, as brands have entered the gTLD process in “good faith”, a commercial entity does appear to be closing out a community – and that gives the USPA a form of legitimacy.

He added: “The applicant might have tried to accommodate the sport ... such as by conceding a portion of the namespace. I just wonder whether if they had found a way to include the USPA, it might have helped their case.

“But it’s easier said than done.”

The USPA did not respond to a request for comment. Ralph Lauren could not be reached.