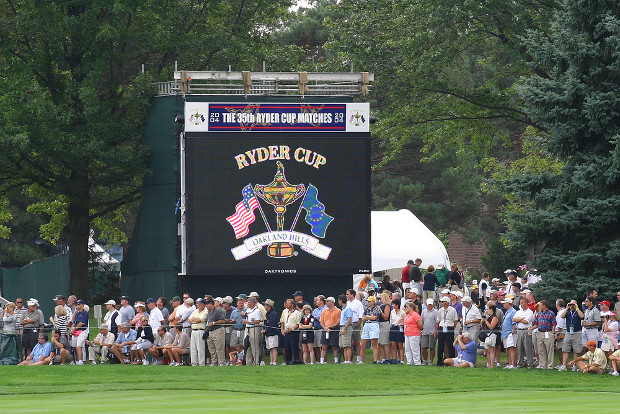 Golf fans attending the Ryder Cup tournament later this month will be banned from sharing images on social media sites, according to the organisers.

Published regulations say that photos taken with a camera, mobile phone or other electronic device can only be used only for private purposes.

“You must not sell, license, publish (including, without limitation, via Twitter or Facebook or any other social media site) or otherwise commercially exploit photographs,” the regulations said.

“Ryder Cup Europe LLP shall own all intellectual property rights in materials taken or recorded in the venue.”

The tournament takes place every two years, alternating between locations in the US and Europe, where its two competing teams are based. This year’s competition is being held in Scotland, from September 23 to 28.

Available on the Ryder Cup website, the regulations have also banned ambush marketing and urged people not to infringe the rights of any sponsors, suppliers, broadcasters or other parties commercially associated with the tournament, “nor conduct unauthorised promotions or other commercial activity”.

The 2014 competition’s official partners include Rolex, BMW and Johnnie Walker.

Anyone found to have breached the rules may be evicted from the venue or even face legal action, the regulations said.

A spokesman for the Ryder Cup Europe told The Telegraph newspaper: “The Ryder Cup is one of the world’s most recognised sporting events and as such we need to ensure that the brand, encompassing fair play, teamwork and camaraderie is protected at all times which means ensuring that images of the event are not used for monetary gain in a manner which may go against those principles.”

It comes after the English Premier League announced that it will clamp down on football fans posting unofficial videos of goals on social media.

During the World Cup in Brazil and the last football season, thousands of clips were uploaded to Twitter within seconds of goals being scored as people were able to rewind live TV to capture the footage.