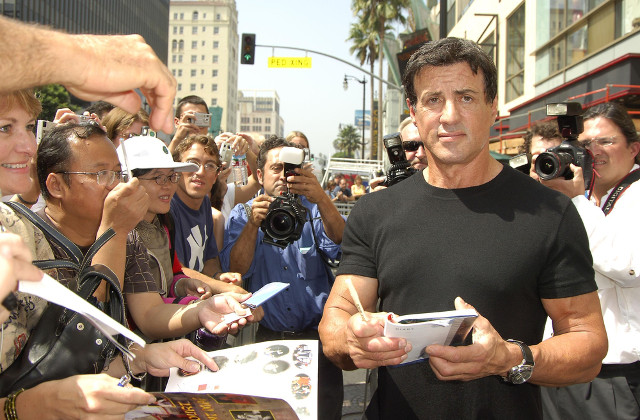 The man was arrested after the UK-based Police Intellectual Property Crime Unit (PIPCU), part of the City of London Police, conducted an operation with US-based Homeland Security Investigations (HSI) and the Motion Picture Association of America.

The name of the man is not publicly available, but it has been confirmed that he is 26 and lives in Halifax. He was arrested at his work place in Leeds on Thursday (April 9).

He has been accused of obtaining high profile films, such as Expendables 3, and then distributing them online.

Stallone, who starred in and wrote Expendables 3 as well as the Rocky series of films, said: “I’d like to thank PIPCU at the City of London Police for working with HSI to apprehend the suspect in this case. It is important to protect the rights of creatives around the world from theft.”

Mick Dodge, an inspector at the City of London Police, said the operation demonstrated the international remit of PIPCU.

“PIPCU has a remit to protect the UK’s creative industries but we are also committed to ensuring the UK is not a safe haven for criminals seeking to attack international businesses from our shores,” he added.

Launched in September 2013 PIPCU has focussed on stamping out IP crime, primarily online.

Its funding was due to run out this year but new government funding of £3 million ($4.8 million) will see the unit remain operating until at least 2017.