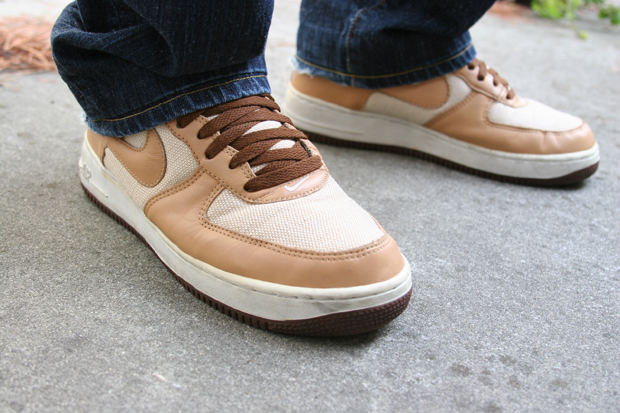 Nike sued Already in the US District Court for the Southern District of New York last year, alleging its Yums line of shoes had infringed on trademarks covering Nike’s low-top Air Force 1 trainers. Air Force 1 is one of the company’s most successful lines, and launched in 1982.

Already’s counterclaim to void Nike’s trademarks was dismissed by the district court.

Nike dropped its case shortly after Already’s counterclaim, filing a covenant that it would not take out any future lawsuits against Already.

However Already still wanted to pursue its counterclaim, taking the case to Court of Appeals for the Second Circuit, and then to the US Supreme Court.

In a unanimous decision, the Supreme Court found Already’s trademark challenge moot, because Nike had voluntarily undertaken not to sue Already again over the trademark.

Chief Justice John Roberts wrote for the court: "Already's arguments boil down to a basic policy objection that dismissing this case allows Nike to bully small innovators lawfully operating in the public domain.”

He also expressed concern that Already’s arguments, if adopted, could encourage companies to use litigation as a “weapon”. He said: “Larger companies with more resources will have standing to challenge the intellectual property portfolios of their more humble rivals—not because they are threatened by any particular patent or trademark, but simply because they are competitors in the same market."

Paul Llewellyn, co-chair of Kaye Scholer’s Trademark, Copyright and False Advertising Group, said that while the decision was interesting, and could provide a tool for trademark owners to avoid challenges to trademark registrations, it is unlikely to influence an increase in trademark cancellation actions by large companies.

He said: “If anything, it might encourage some smaller companies to file cancellation actions against larger companies in the hope of obtaining a covenant not to sue from the trademark owner. Whether companies take advantage of this ruling to any meaningful extent to avoid cancellation proceedings remains to be seen.

"The decision provides the ability for a trademark owner to eliminate the threat of a cancellation action that a smaller company might try to assert against the trademark owner, but, again, it remains to be seen whether many trademark owners will take advantage of that tool—the decision itself recognizes that there are potential disadvantages to granting covenants not to sue.

"At the same time, even small companies are trademark owners, and they also may try to take advantage of the ruling in order to avoid the risk and cost of defending their trademark registrations."

Nike did not respond to a request for comment.