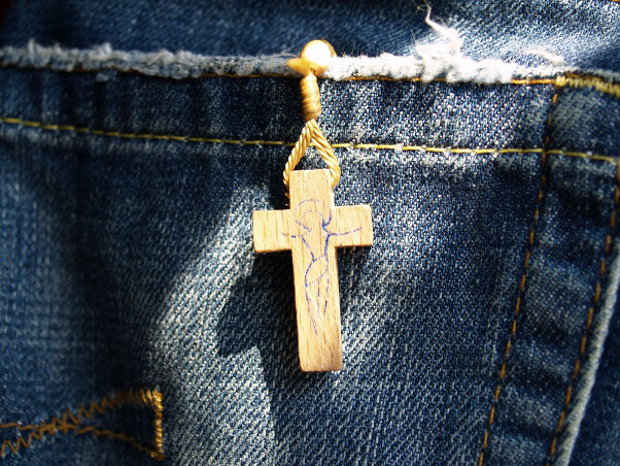 Jeans maker True Religion has failed to transfer the domain name “truereligion.com” in a case highlighting divisions on the rules for bad faith registration and use.

Ibrahim Ali Ibrahim Abu-Harb registered the domain in 1998 – four years before True Religion was set up – to promote Islam.

In 2009 the site was receiving 1,000 hits a day, but many visitors were searching for the True Religion brand, prompting the registrant to begin monetising the traffic using Google’s Adsense program.

Because the domain was registered before the disputed trademark (True Religion), the WIPO panellists had to decide whether the domain can be transferred on bad faith grounds – the monetisation of traffic – even though it was not registered in bad faith.

The majority panel said while there could be evidence of bad faith use, the domain cannot be transferred – because both bad faith registration and use must be assessed individually, and both must be satisfied to transfer a domain.

That is the majority view among UDRP panellists, but others have chosen to assess bad faith as a unitary concept.

This is because some of the circumstances used to highlight bad faith registration and use in the UDRP rules appear only to discuss use, and not registration.

One of the main proponents of the second approach is Scott Donahey, a domain name arbitrator who submitted a dissenting opinion in the True Religion case.

While he admitted that the domain was registered and initially used in good faith, “as the respondent candidly admitted, he is now using the disputed domain name to profit from the good will the complainant created in the mark”.

Donahey said: “I defy any panellist to show me evidence from any portion of the legislative history or from any other provision of the policy [UDRP] that would indicate that the drafts persons or the provisions of the policy as drafted intended that a registrant could use a domain name to target a trademark and profit from its goodwill, so long as at the time that the domain name was registered, the registrant had no intention of doing so.”

Matthew Harris, partner at Waterfront Solicitors in London, said it will be “interesting to see whether anyone picks up the challenge ... Scott is a very well respected panellist and someone should take him up on that challenge.

“I’m sure it is an analysis that needs to be considered ... Scott’s argument deserves to be addressed.”

He added: “A side issue is that if the UDRP policy were to require both bad faith registration and use, it might encourage more people to go to court if there is blatant trademark infringement – though I am not saying that is the case here.”

If True Religion takes its case to a US court, said Dave Wong, partner at Barnes & Thornburg LLP in Indianapolis, it should have an “easy” victory.

“It’s the way they will have to go, assuming they can get into a relevant US court.”

Wong said the “big difference” between the UDRP and the Anticybersquatting Consumer Protection Act (ACPA), under which True Religion could file suit, is that the ACPA uses the word ‘or’ instead of ‘and’ when assessing bad faith registration and use of a domain.

True Religion said it was unable to comment on pending legal matters.