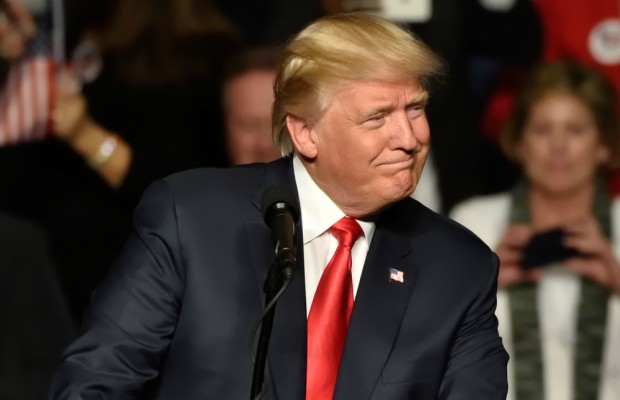 US President Donald Trump has signed a memorandum aimed at cracking down on the online sale of pirated and counterfeit goods.

Issued on Wednesday, April 3, the presidential memorandum said the Organization for Economic Cooperation and Development estimates that the value of trade in counterfeit and pirated goods is about a half trillion dollars a year, with approximately 20% of this trade infringing on US IP.

A presidential memorandum is an official document by which Trump can manage the federal government.

The Trump administration will require a report within 210 days from the Departments of Homeland Security, Commerce and Justice.

This report will analyse the extent to which online third-party marketplaces and other third-party intermediaries are used to facilitate the importation and sale of counterfeit and pirated goods.

It will also recommend potential regulatory or legislative changes to better combat the sale of counterfeit goods.

According to the memo, a 2018 Government Accountability Office report examined four categories of frequently counterfeited goods. Based on a small sample of goods purchased through various online third-party marketplaces, the report found that more than 40% were counterfeit.

In a call to journalists and reported on by CNBC, Peter Navarro, director of the White House National Trade Council, said of the marketplaces: "This is a warning shot across the bow that it is your job to police these matters, and if you won't clean it up the government will.”

In a comment provided to TBO, a spokesperson for Alibaba said that it welcomed the new initiative and looked forward to further advancing its cooperation with US federal agencies.

“Alibaba has developed best-in-class systems to protect IP and battle the scourge of counterfeiting. This work takes place through substantial collaboration with brands, law enforcement, trade associations and consumers, both on our platforms and offline at the criminal sources of production and distribution,” said the spokesperson.

Potter went on to claim that the marketplace decided it was more important to have “wild growth than to attempt to curate or exert any meaningful control over their sellers and their products”.

Both eBay and Amazon also welcomed the enhanced collaboration, adding that counterfeits were not welcome on the platforms.

“Using a combination of technology, enforcement and strong relationships, eBay has consistently been an industry leader in working to stop the online sale of counterfeit goods, which is a global issue–both online and offline,” said eBay.

An Amazon spokesperson said that in 2018 the platform spent more than $400 million fighting counterfeits, fraud, and other forms of abuse.

In February, Amazon launched Project Zero, a programme, which it claims “empowers brands to help drive counterfeits to zero”.

Amazon added: “Bad actors that attempt to abuse our store do not reflect the flourishing community of honest entrepreneurs that make up the vast majority of our seller community.”