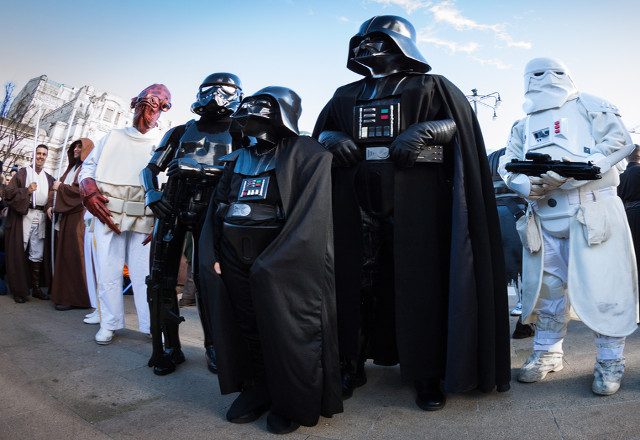 UK-based fancy-dress retailer Abscissa.com is appealing against a ruling that ordered the transfer of seven Star Wars-related domains to film company Lucasfilm.

Mark Lewis, chief executive of Abscissa.com, confirmed that he had appealed against the decision issued by domain name registry Nominet’s Dispute Resolution Service (DRS) in July.

Lewis told the BBC: “I can’t believe that over the last two decades that someone from either Lucasfilm or Disney did not do a Whois [search] and find that starwars.co.uk and star-wars.co.uk were not registered to them.”

Nominet manages the .uk domain and handles disputes related to it. A single panellist rules on complaints that centre on abusive domain name registrations. However, cases that are appealed against are heard by three panellists.

In July, TBO reported that seven domains containing the phrase ‘Star Wars’ were transferred to Lucasfilm.

Lucasfilm, the film company that produced the “Star Wars” series of films, was acquired by Disney for $2.5 billion in 2012.

The company said that Lucasfilm owned the registration to star-wars.co.uk in 2001, but had given up its rights later that year. The remaining five domains were registered earlier this year.

Lucasfilm filed its complaint in April, arguing that the registrations were “abusive” and would cause initial interest confusion.

Steve Ormand, who oversaw the case on July 5, agreed with Lucasfilm and ordered the transfer of the domains, rejecting Abscissa.com’s argument that Lucasfilm had taken too much time to file the complaint.

But Lewis is adamant that the delay in filing the complaint should be a key factor in the case.

“We cannot find any case where a complainant lets a domain lapse, then files a complaint,” he further told the BBC.

“We haven’t abused them. We haven’t offered them for sale—the internet domains point to legitimate Star Wars-branded costumes that we’ve been selling for the past 13 years”.

Lucasfilm had not responded to a request for comment at the time of publication but we will update the story should the company get in touch.