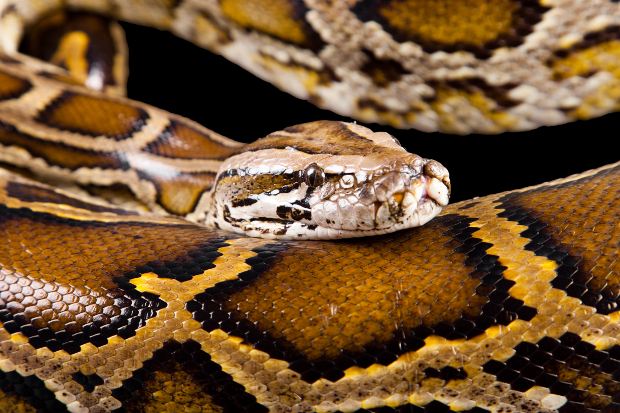 Veber had been using the domain name python.co.uk since 1997 and launched its cloud hosting service in April 2012.

But staff at the company received death threats and abusive phone calls after US company PSF, which runs a computer programming language of the same name, published a blog post in February this year revealing Veber's attempt to trademark the word ‘python’ in Europe.

PSF owns a US trademark for ‘python’ but could not afford to register the name in the EU. However, as it has been providing its ‘Python’ programming language since the early 1990s, it sought legal counsel to oppose Veber’s use of the term.

In a blog post published on Monday, March 18, Python announced it had reached a settlement with Veber and that the UK ISP would re-brand its cloud hosting services and offer them through the domain name www.veber.co.uk.

Van Lindberg, chairman of PSF, said he is happy to have reached a settlement. “To Veber’s credit, they were willing to recognise the Python brand without protected negotiations,” he said.

Tim Poultney, managing director of PO Box Hosting and Veber, said he is pleased to have reached “a speedy and amicable agreement” that should “remove potential confusion between the Python Software language and our cloud services business”.

“The use of the Python name for our cloud server and backup business has ceased, with services now available in Europe from Veber,” he added.

Richard Wylie, a senior trademark attorney at Harrison Goddard Foote, said the early settlement “is a credit to the parties and their representatives”.

“This has no doubt avoid significant costs and on-going disruption. Having not registered its trademark in Europe, Python Software Foundation (PSF) could only rely on unregistered rights before the OHIM.

“Substantiating unregistered rights is an onerous task, and decisions at OHIM based solely on unregistered rights are also often difficult to predict, often leaving parties in an uncertain position. On the face of this, PSF appear to have done well to secure the withdrawal of the application at an early stage,” he said.

Wylie added that the case should serve as a lesson for brand owners to protect trademarks as widely as possible “as soon as funds allow”.

“From Veber’s perspective, there is no substitute for clearance searches and in this case, common law searches. In crowded areas of the register such as ‘software’ it is will be increasingly common to run into conflict, even with apparently distinctive and unusual brand choices such as ‘Python’.”