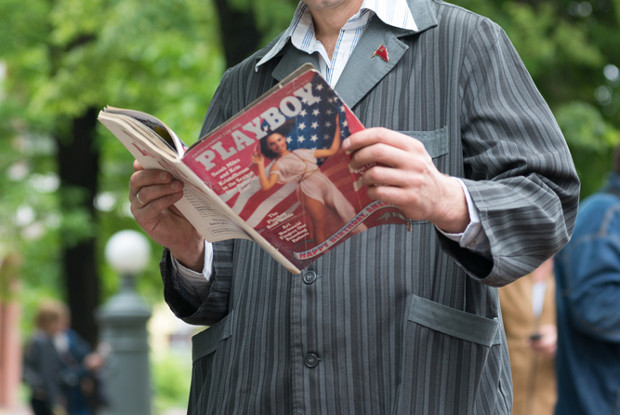 A UK man has taken adult entertainment company Playboy Enterprises to court over the rights to the domain name playboy.london and complained about its “aggressive” stance.

Michael Ross has sued the Hugh Hefner-owned company at the English High Court.

Ross’s challenge comes despite a previous decision by the World Intellectual Property Organization (WIPO) to remove his ownership of the domain name.

He is now seeking to transfer the domain name back to himself by targeting Playboy directly in court.

“I was advised you cannot challenge these disputes directly and that my best route was to challenge Playboy,” he told TBO.

The earlier transfer of the domain name has been suspended pending the outcome of the High Court case.

Ross registered the domain in August last year but his move was spotted by the adult company, known for its Playboy magazine.

Despite the domain being inactive at the time, in November Playboy filed a complaint at WIPO to try to have the domain transferred to it.

In its January 21 decision, WIPO sided with Playboy and said that Ross provided no bona fide reason for registering the domain and that the address reproduced a “well-known” trademark in its entirety.

Nevertheless, Ross filed a High Court complaint on February 12 against the US-based company.

Ross told TBO that much of the evidence he had provided to WIPO had been ignored and that, on the advice of his barrister, he decided to challenge the decision in court.

During the WIPO proceedings, Ross argued that a playboy is a “man of means” who pursues a life of pleasure and that he thought the term described him. He added that he had previously visited Hefner’s Playboy mansion but that the panel did not take the claim into account.

WIPO also ignored a Daily Mail newspaper article from 2008 describing Ross as “one of Britain’s most eligible bachelors,” he claimed.

Ross told TBO that what started out as a bit of fun had become “a matter of principle”.

“They [Playboy] were aggressive and very rude. I was never looking to commercially use the website; it was purely for fun,” he said.

Ross added that he was in the process of creating a design for the website, which he hopes to use for his son.

A spokesman for Playboy said it was pleased with WIPO’s decision and that it “conclusively determined” that the domain was registered in bad faith.

“Playboy will continue [an] active enforcement to protect its valuable brand and associated intellectual property,” the spokesman added.