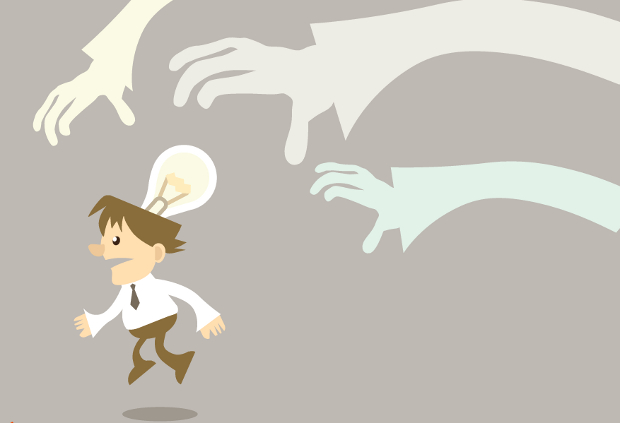 An independent designer has taken to micro-blogging site Tumblr to accuse fashion retailer Urban Outfitters of “ripping me off”.

James Soares said his art print had been copied by the retailer with the help of Bambam, the company that designed the ‘Geo Bodycon skirt’ sold by Urban Outfitters.

In a screen shot posted to his Tumblr, Soares provided a side-by-side comparison of the skirt and his ‘tryypyzoyd’ design. The skirt was available for $59, while the print costs between $20 and $80 on e-commerce site Society6.

“I’m furious,” said Soares, who is based in the US and also prints the design onto t-shirts, iPhone cases and rugs. “Please share to help”.

His post has received nearly 100,000 notes; the number of times it has been either liked or re-blogged on Tumblr.

Soares said he has emailed Urban Outfitters and is “currently finding the best approach to take action”.

In a statement, Urban Outfitters said it takes matters such as this “very seriously” and removed the product “as soon as this was brought to our attention”.

“Urban Outfitters has worked with Society6 since 2010 to help bring awareness and sales to their creative network of artists,” it said. “As long-time supporters of Society6 and independent creatives, we would never intentionally appropriate their work. The origin of the design is still being investigated with the designers at Bambam Cloth. We appreciate your patience while we work to resolve this issue.”

This is not the first time Urban Outfitters has been accused of copyright infringement. In 2011, a US jewellery designer alleged, again on Tumblr, that the company had copied her most popular design of necklaces. Urban Outfitters, which faced a backlash on social media, apparently removed the disputed products from its stores.