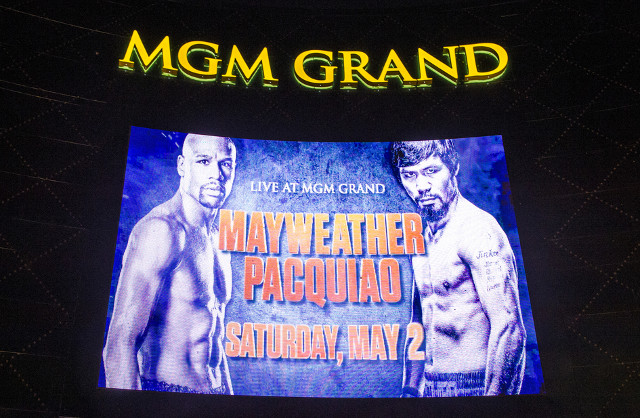 Users of the streaming service Periscope were able to watch the boxing match between Floyd Mayweather and Manuel Pacquiao online for free, despite attempts from the service to close the streams down.

Last Saturday (May 2), Mayweather and Pacquaio fought for the welterweight title at the MGM Grand Hotel in Las Vegas. Mayweather won the match on points scored.

Television broadcasts of the fight were available to US residents on a pay-per-view basis at between $89 and $100 on both HBO and Showtime.

But many internet users were able to access broadcasts of the match on Periscope, a streaming service that lets users upload streams of live events. People can download the app for their phone and notify followers when events are live.

One Twitter user was able to watch a stream of the match from a spectator’s mobile phone.

Stephon Johnson, a writer for New York Amsterdam News, tweeted: “You guys Periscope-ing the fight are hilarious.” Alongside his Tweet was an image of the two fighters from a seat inside the arena.

The founder of Periscope, Kayvon Backpour, took to Twitter himself to state that the company is opposed to online piracy and was working hard to shut the broadcasts down.

He said: “Piracy does not excite us. Trust me, we respect IP rights and had many people working hard to be responsive last night (including myself).”

Last Tuesday (April 28), both HBO and Showtime took legal action to protect the copyright of the broadcast.

Alongside Mayweather Promotions, a company owned by the boxer, the networks filed a copyright claim at the US District Court for the Central District of California, Western Division against two websites, boxinghd.net and spotrship.org, which were advertising free live streams of the match ahead of the match date.

Both sites were shut down a day after the suit was filed.