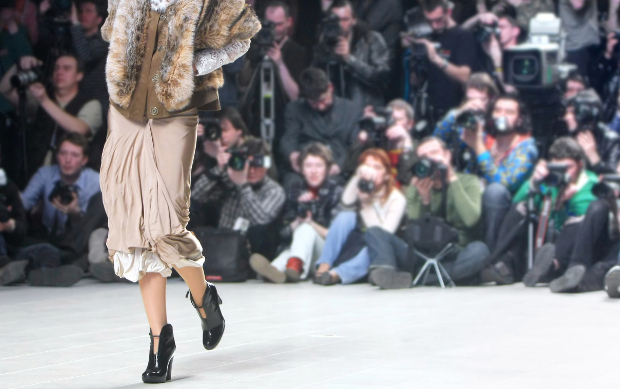 Fashion magazine Vogue has failed to transfer a website in a cybersquatting case that provoked a long dissenting opinion from one panellist.

The US company claimed “voguefashionmodels.com” was used to lure aspiring models who mistakenly thought the site was owned by Vogue.

Suspicions arose after a teenager contacted the site before notifying Vogue. It sent a cease-and-desist letter to the registrant, who responded by saying that there was no desire to cause confusion with Vogue’s brand.

Vogue filed a Uniform Domain Name Dispute Resolution Policy (UDRP) complaint at the World Intellectual Property Organization, which refused to transfer the domain on July 5 but published its decision on July 19.

Panellists Lawrence Nodine and Debra Stanek said Vogue’s evidence “contradicts, or at least undermines” its allegations that the registrant used the site in bad faith.

Nodine and Stanek said the registrant had told Vogue that “voguefashionmodels.com” had been cleared by attorneys. Vogue, however, did not challenge this assertion, which was important because legal advice about website names can help to decide the UDRP’s bad faith use requirement.

Vogue’s evidence actually related to bad faith registration, not bad faith use, the panellists said, meaning they were left to find any Vogue evidence that highlighted bad faith use.

But they said: “There is no evidence in the record about whether or how respondent uses the disputed domain name in association with a website.”

What’s more, the post seen by the aspiring model appeared on the site www.exploringtalent.com, not the disputed site, so the only possible bad faith act occurred when the site’s administrators contacted the teenager through the email “info@voguefashionmodels.com”.

While the panel said there are cases in which a domain name was inappropriately used alone in an email address , “the instant facts pale by comparison to those cases” – as Vogue failed to show any conduct that would constitute bad faith use.

In a long dissenting opinion, which listed several disagreements with the panel’s decision, panellist David Kelly said that Vogue did allege bad faith use.

David Taylor, partner at Hogan Lovells LLP, said that while the case was closely run, he probably would have rejected Vogue’s complaint.

But he said: “The dissenting opinion does take a different view of the evidence and arguments presented, and there are certainly elements in this case that could be enough for a finding of bad faith registration and use.”

The respondent’s reply to Vogue that said – “We will cease and desist from using this name until this is looked unto further and reverified. We have no desire to use this name if in fact it gives anyone the impression we are Vogue Magazine” – was particularly probing, Taylor said.

“If they did do so then that is something clearly in their favour and also would no doubt have helped sway the majority to deny transfer. Personally, though, I find the conduct by the respondent when contacted at info@voguefashionmodels.com by the inquiring model to be worrying when sitting alongside a decision not to transfer.

“The model, when asking the respondent for a link to their website, received the reply that ‘Vogue’s official website is vogue.com’. This is ambiguous, yes, as the majority found, but I find it a deliberately ambivalent response demonstrating that there is a likelihood of confusion.”

He added: “Were it not for the apparent lack of evidence in the complaint, this could well have proved fatal to the respondent’s case.”