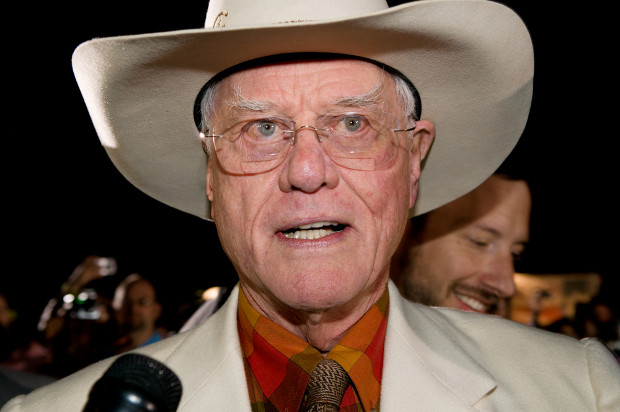 TV and film company Warner Bros has sued an online retailer for allegedly infringing trademarks associated with the popular US TV show Dallas.

Dallas, whose main character is oil businessman J.R Ewing, follows his wealthy Texan family who own the fictional company Ewing Oil. It was produced from 1978 to 1991 before being re-launched in 2012.

Warner Bros said it owns all rights including names, characters and logos connected with the series, citing ‘Dallas’, ‘J.R Ewing’ and ‘Ewing Oil’ as examples.

The company claimed an individual running a Tennessee company, Omnimedia, has been using websites and social media accounts to sell merchandise reproducing Dallas-related trademarks without permission.

The products include apparel and glassware.

Warner Bros said three domain names—which all include either ‘Ewing’ or ‘Ewing Oil’—suggest a connection, association or sponsorship between the goods and Warner Bros.

“This false and misleading message is further reinforced by defendants’ use of a banner advertisement which runs across the top of its home page identifying the website as the ‘Ewing Oil Company Store’,” the company claimed.

The suit was filed on August 12 at the US District Court for the Middle District of Florida Orlando Division. Trademark infringement, false designation of origin and a violation of the Anticybersquatting Consumer Protection Act are among the claims.

Warner Bros, which claims to have conducted “substantial” advertising and marketing in connection with Dallas, said repeated requests for the defendants to stop selling the goods have been ignored.

And although it has successfully ordered several internet service providers (ISPs) hosting the sites to remove them, each time the sites are transferred to another ISP.

The sites are currently hosted in the Netherlands and Warner Bros has not been able to pull them down.

In its complaint, Warner Bros said the defendant’s conduct is likely to confuse and deceive consumers. The company wants a permanent injunction and transfer of the domain names, damages, costs and attorneys’ fees.