Watch out for Super Bowl fakes, say US officials 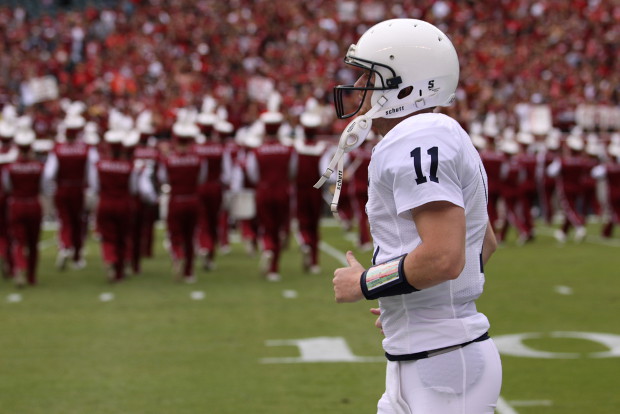 US authorities say they are increasing efforts to stamp out counterfeit merchandise from being sold online ahead of the Super Bowl sports event.

According to the Department of Homeland Security, local and federal authorities in Glendale, a city near Phoenix, Arizona, have been stepping up their efforts to warn people about the dangers of purchasing counterfeit souvenirs and sportswear.

The Super Bowl, the showpiece event in American football, takes place next Sunday (February 1) in Glendale and will see the New England Patriots take on the Seattle Seahawks.

Homeland security investigator Matthew Allen said a lot of the merchandise commonly sold in the run up to the annual event is imported from overseas and that police are on the lookout for counterfeit goods being sold online and at street corners.

Allen said that Glendale police, along with federal customs agents, will be vigilant in the build up to the contest.

He warned potential buyers to look for the official National Football League (NFL) hologram sticker to make sure items are authentic.

Earlier this month, TBO’s sister publication WIPR reported that a fireman from Phoenix had been accused of selling counterfeit NFL shirts. Justin Negrete, 31, was reportedly arrested on January 7 as a result of a special investigation by Phoenix police.